After two consecutive, breathtaking piano recitals this autumn, we were overjoyed to welcome the stunning violin and piano repertoire of the Foyle-Štšura Duo. This well-established duo met while studying at the prestigious Royal College of Music, and has since performed over 200 concerts together.

The program began with the delightful Mozart Violin Sonata, whose lighthearted simplicity and beautiful tone sent the audience into a joyful state. The drastic contrast came with Schumann's Sonata No. 1 - according to Michael, Schumann was asked to compose a sonata that would have the same impact as Beethoven's Kreuzer Sonata, but in half the length. I was entranced by the passion and intensity the Duo brought to these agitated passages, as if they were reaching out for something just beyond their grasp.

It is rare to come across chamber musicians who perform without sheet music, but the Foyle-Stsura Duo's performance was truly gripping. Their rendition of Faure's Violin Sonata showcased their ability to project their sounds directly to the audience and convey their musical expressions without any obstructions. I was completely drawn in by the seductive beauty of Faure's Sonata, and was moved to tears by the exquisite moments in the second movement, where the violin and piano leaned on and wept with each other and the audience.

And just when we thought the evening couldn't get any better, the duo brought us to a quivering halt with the utter beauty of Apres du Reve. With this, Soirees at Breinton 2022 came to a fitting and emotional end. 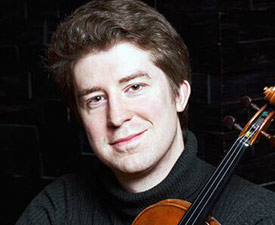 At the age of 30 Michael Foyle is already proving to be a violinist of great class and elegance on the concert platform. His total commitment to the musical integrity of each score combines with a constant pursuit of beauty of expression, resulting in a powerful communication style that has won over audiences internationally. Praised for playing of ‘compelling conviction’ (The Daily Telegraph) and performances ‘full of sparkling detail, with tonal beauty and incisive rhythmic clarity, balancing wit and poetry’ (The Strad), Michael launched his career by winning The Netherlands Violin Competition 2016. 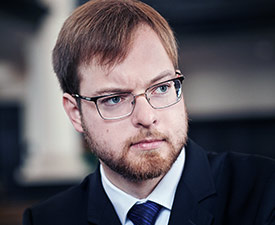 Maksim Štšura is an Estonian pianist, composer and music scholar based in London. He performs extensively as soloist and chamber musician in the prestigious concert halls across the United Kingdom, including St Martin-in-the-Fields, Purcell Room and the Wigmore Hall.  He received his Master of Music degree from the Royal College of Music in 2013, studying under Gordon Fergus-Thompson and has also completed the prestigious Artist Diploma course with him in 2014. He previously graduated from the Estonian Academy of Music and Theatre where he studied with Ivari Ilja. In 2008-09, he participated in an Erasmus exchange at the Hochschule für Musik und Theater Hamburg, where he worked with Volker Banfield.