This September will mark our 100th event at Breinton. We are celebrating this milestone with a gala evening outdoor performance by Bampton Classical Opera of Handel's cantata Clori, Tirsi e Fileno. We hope you will join us for this memorable occasion; further information and ticketing can be found below. The royal and aristocratic courts in the early 18th century appear to have enjoyed an insatiable and surprising need for music based on the amorous intrigues of Arcadian shepherds.

When George Frideric Handel moved to Italy in 1706, he found himself writing semi-mythological and pastoral cantatas by the score, several of which centre on the loves, often unrequited, of the nymph or shepherdess Clori.  In Rome Handel nurtured the most illustrious patronage and it was for the extravagant Marquess Francesco Ruspoli that he composed in 1707 one of his most extended and loveliest cantatas, Clori, Tirsi e Fileno.  Also known by its opening words, Cor fedele, it is nothing less than a comic opera in miniature for just three characters – Clori, lovely but fickle, strings along two adoring shepherds, Tirsi and Fileno.  She really doesn’t know which way to turn!  Promises are made, hearts are broken – until in the end the disillusioned youths decide that enough is enough.

With luminous and sensuous orchestration and showing off the very best of Handel’s understanding of the voice, it is a gem of a work.  Bampton Classical Opera, "Britain’s unchallenged champion of eighteenth-century opera" (Opera Now) is staging this masterpiece for Summer at Breinton, a fitting location for this engaging story of pastoral pleasure and pain.  Julian Perkins, an acclaimed Handel specialist, conducts a period instrument ensemble and three exceptional young singers.

Our Summer at Breinton season is underway! 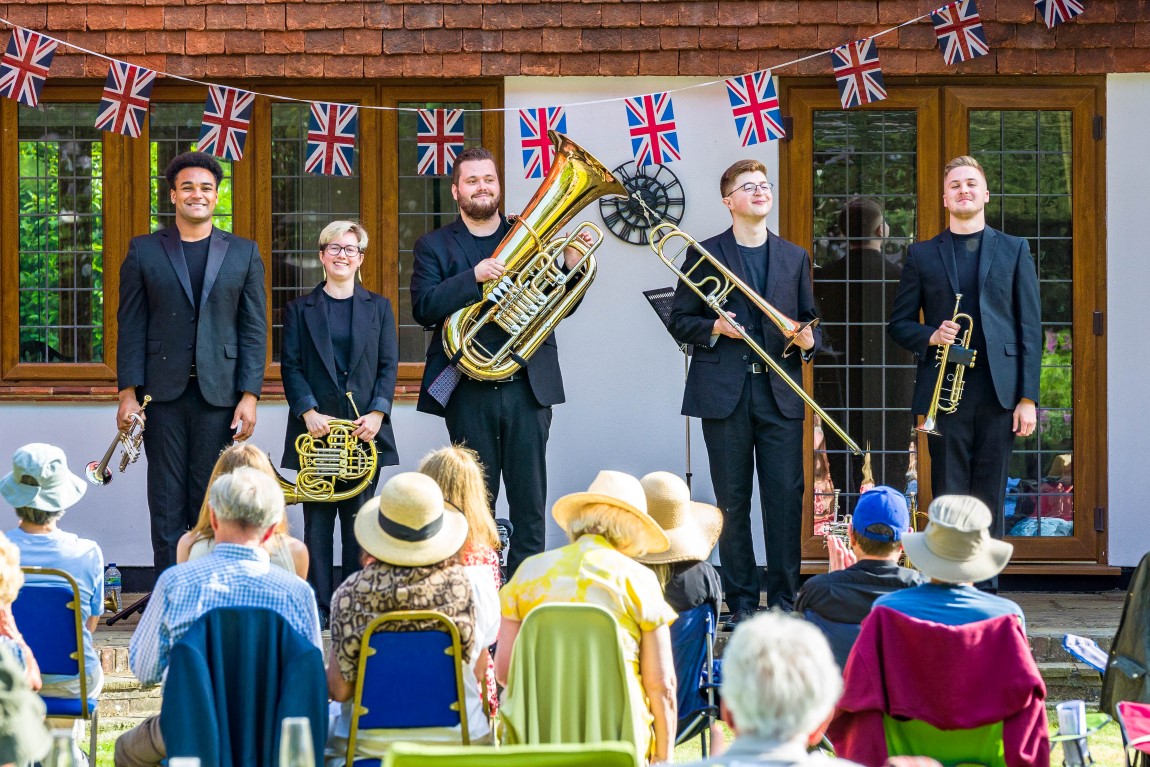 "... sounds were multi-dimensional; they had depth, height and volume that was so flexible, and layers and textures which blended freely. The rhythms flowed and melodies passed; they were an ensemble who manipulated the notes while creating the ambiance. These truly buzzing and emerging talents were able to produce a memorable performance"

"... everything we had loved about the Breinton experience in this salon-style setting came flooding back; this utmost feeling of being in a cocoon and almost drowning in the glorious sounds. In this atmosphere, where we could hear a needle drop, we appreciated the full range of style and volume, from the light and joyous Beethoven, the bold, unstoppable go-for-it sound-making in Stravinsky, to the out-of-this-world darkness of Shostakovich" 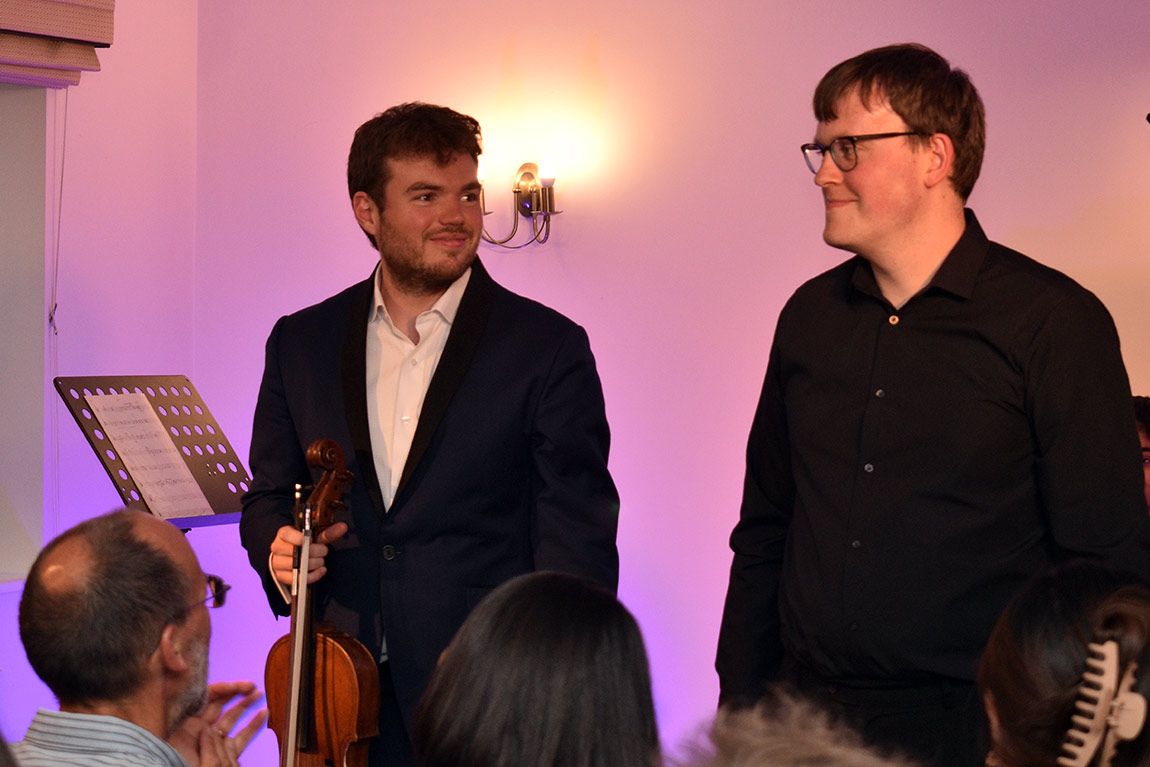 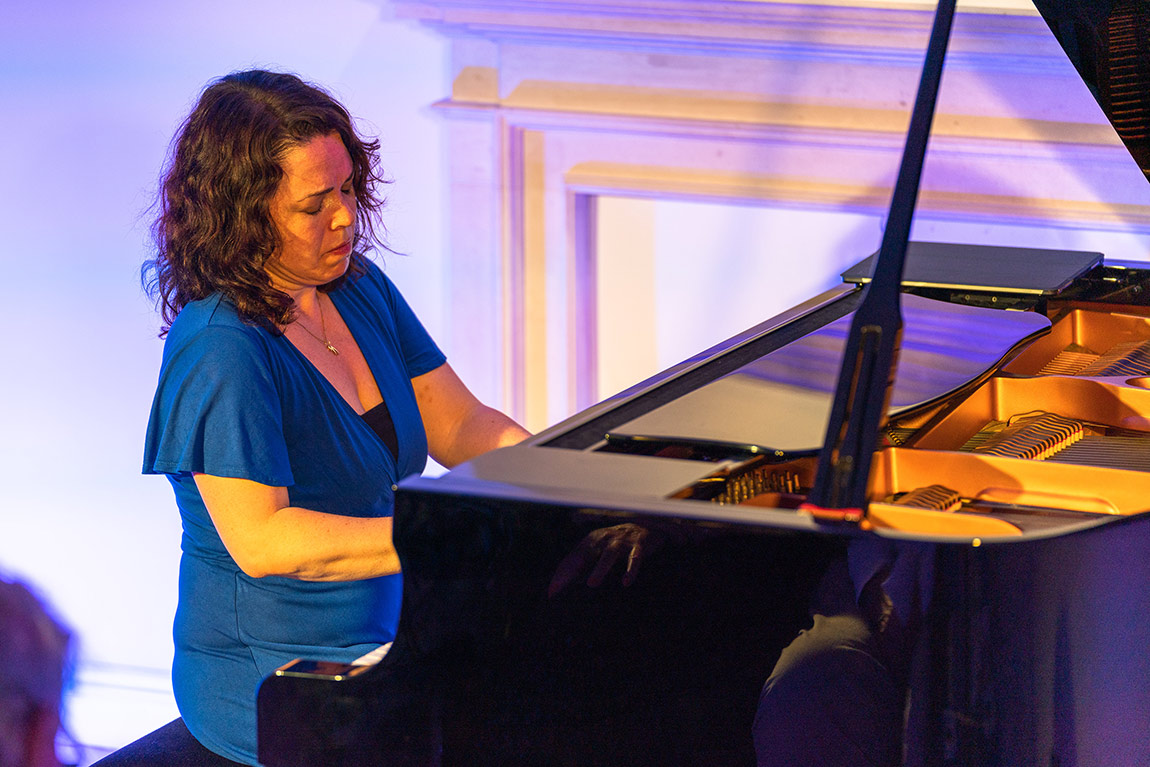 "With a fierce insight into her programme and excellent control of the instrument’s temperament she was performing on, Katya showcased the most alive and widest range of tones and colours.  The mostly-Chopin second half was piano lovers’ paradise."

"... artistic and expressive twists and turns made every moment of their performance interesting, while their positivity towards joyful music-making was infectious... superbly controlled but not clinical, passionately embracing but not suffocating" 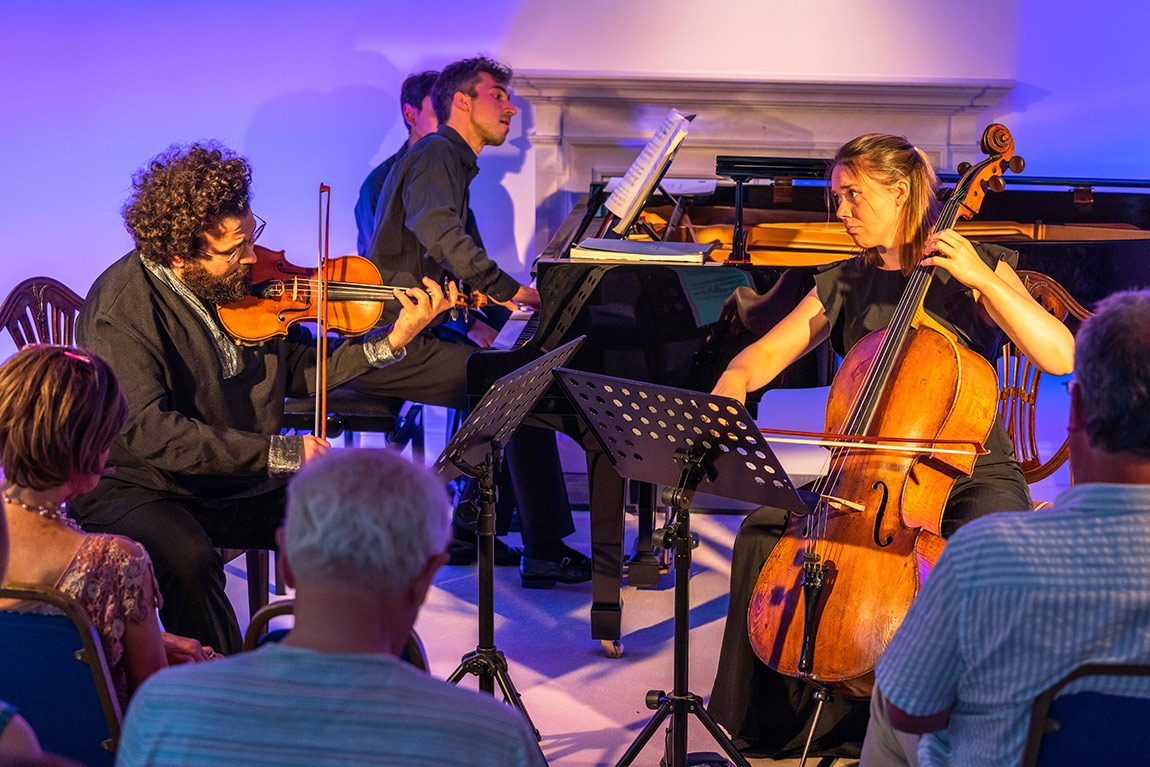 Celebration of 100 Recitals at Breinton

Some of the special performances from our first 100 recitals at Breinton since 2008. 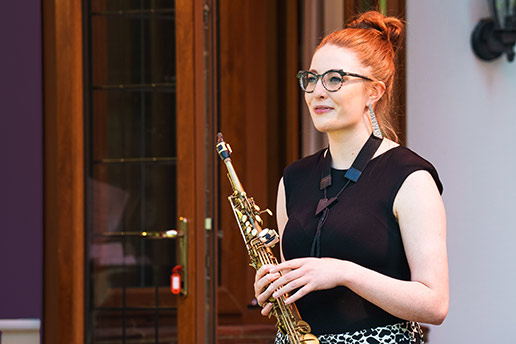 "...the live setting last Sunday presented Jess Gillam's true magnetic nature, literally 'infectious' personality, the enthusiasm to share her music with the audience, no hesitation to give everything to connect, bursting stamina and energy to keep going, all on top of her apparently outstanding talent and ability..."

"A brave endeavour saw the pianist inside and the audience outside, but, as the first chords of Bach-Busoni’s Chaconne burst into the open air, an absolute silence prevailed in the garden. Even the birds stopped chirping; there was nothing but the piano sounds played by Stephen." 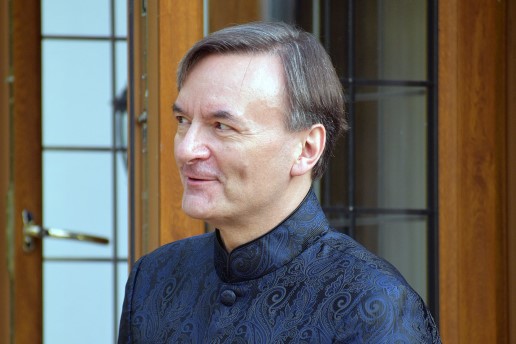 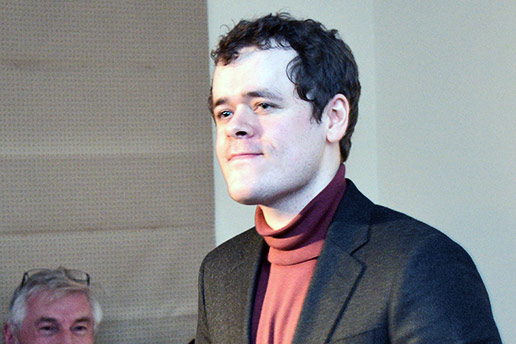 "...17 minutes of madness, but this seemingly humanly-unplayable piece of music was unlocked by the hands of Benjamin, offering a spellbinding operatic elegance, vibrant vividness and majestic beauty... a musician with an outpouring musicality and his own very clear musical ideas, and most importantly, excellent technique that matches and executes them."

"...a most pleasant intimacy and ultimate musical dialogue; whisperingly delicate sounds produced by musicians with the utmost care such that you could hear a pin drop; moments where we held our breath in anticipation for what would be come next; impeccable timing achieved naturally by a spirited partnership in front of our eyes..." 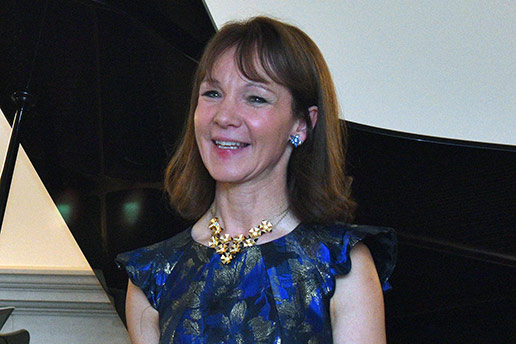 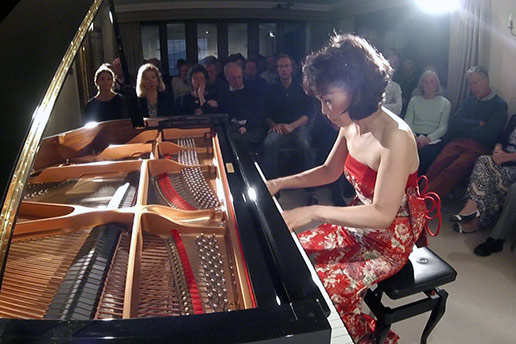 "She really went for a huge sound, taking the opportunity to play our gorgeous piano to full... while displaying natural swings between forcefulness and lyricism... a fantastic finish to our season opening concert, showing off her virtuosity."

"...[the piano's] variety of tone, sometimes warm and caressing, sometimes crisp and distinctive, was the most valuable gift to match Alina’s sublime clarity and deeply engaged sounds. In the serene third movement... the violin tone was eternally sincere and silvery. And it felt as if the piano part was gently and preciously dressing it to complete the beauty" 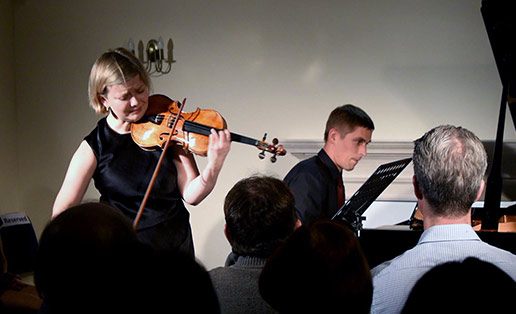 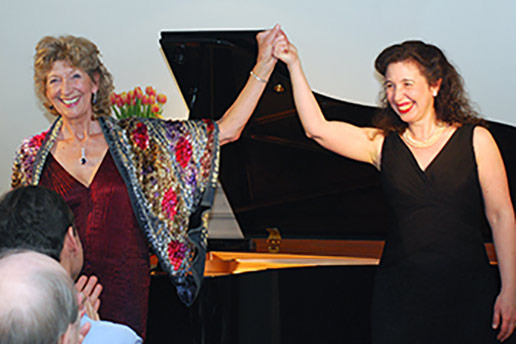 "Felicity Lott was all natural. There was nothing artificially created or fake about her voice and performance – it was simply, naturally, astounding. Using her magnetic elements and warm charm, the audience was drawn in completely. There was that smile and eyes that killed, and the control over her glorious voice which took our breath away. "