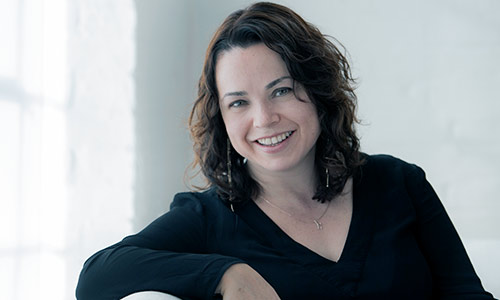 Katya Apekisheva is one of Europe’s most renowned pianists, in demand internationally as both a soloist and as a chamber musician. Since becoming a prize-winner in the Leeds International and Scottish Piano Competitions and collating awards such as the London Philharmonic ‘Soloist of the Year’ and the Terence Judd Award she has been marked out as a pianist of exceptional gifts, performing with many of the world’s leading orchestras, including the London Philharmonic, The Philharmonia, the Halle Orchestra, the Moscow Philharmonic, the Jerusalem Symphony, the English Chamber Orchestra and the Royal Philharmonic Orchestra, working with conductors such as Sir Simon Rattle, David Shallon, Jan Latham-Koenig and Alexander Lazarev.

As a recording artist, Katya has received widespread critical acclaim for her interpretations. Her recording of Grieg solo piano works in 2008 (Quartz) was chosen by Classic FM as CD of the week and selected by Gramophone Magazine as Editor’s Choice, further receiving a ‘Rising Star Award’ in International Piano Magazine and becoming Critics’ choice 2008 in Gramophone magazine. In 2012 Katya released a CD of works by Mussorgsky and Shostakovich (Onyx) and has also collaborated on several recordings with violinist Jack Liebeck including a Classical Brit winning CD of works by Dvořák and more recently a disc of Kreisler arrangements for Hyperion.

Her intense artistry and delicacy makes Katya a most sought after collaborative pianist, working with artists such as Janine Jansen, Natalie Clein, Guy Johnston, Maxim Rysanov, Jack Liebeck, Boris Brovtsyn, Alexei Ogrinchouk, and Nicholas Daniel, among others. In this capacity she is a regular guest at major chamber music festivals around the world. Katya also has a highly successful and personally rewarding piano duo partnership with Charles Owen, performing regularly at festivals worldwide. Their CD of Stravinsky Piano Ballets was released in 2016 to a high critical acclaim.

Born into a family of musicians in Moscow, Katya studied at the world-renowned Gnessin Music School for exceptionally gifted children under Ada Traub and Anna Kantor (the teacher of Evgeny Kissin) and at the age of twelve, Katya performed Mozart’s Concerto N0. 17 with the Gnessin School Orchestra which was recorded for Moscow Classical Radio. Katya continued her studies at the Rubin Music Academy in Jerusalem with Irina Berkovich, where she won an America-Israel Foundation scholarship and was awarded second prize at the Young Talents Competition in Jerusalem. Katya then moved to London to study with Irina Zaritskaya at the Royal College of Music, where she was the recipient of the President’s Rose Bowl, presented to her by HRH the Prince of Wales, to whom she has been asked to perform on a number of subsequent occasions.

Recent seasons’ highlights include performances at the Utrecht (Netherlands), Ancona (Italy), Leicester, Oxford, Lincoln, City of London, and Elverum (Norway) festivals, and in the Berlin Spectrum Concert Series. She recently gave an acclaimed Bach Solo recital at Kings Place, and made her Tokyo recital debut in 2014. She has continued a collaboration with the award-winning Belcea Quartet at Wigmore Hall, and with the Aviv Quartet performing piano concerti in chamber reductions. In addition she has made a concerto tour of South Africa, performing with all the major orchestras there, and performed with the Santiago Philharmonic, Wiesbaden Orchestra, English Chamber Orchestra, Royal Philharmonic Orchestra and OFUNAM Orchestra (Mexico) collaborating with conductors Jan Latham-Koenig, Paul Watkins, Emmanuel Siffert and Jason Lai.

This seasons highlights include concerto debuts in Poland with Jerzy Maksymiuk ( Bialystok and Sczecin Philharmonic Orchestras) , solo and chamber music concerts at major venues and festivals . Katya is Co-Artistic Director of the London Piano Festival which returns for its second season in October 2017. She is also releasing a new solo CD with impromtus by Chopin , Faure and Scriabin on the Champs Hill Label in Autumn 2017.

Katya is a Professor of Piano at The Guildhall School of Music and Drama.