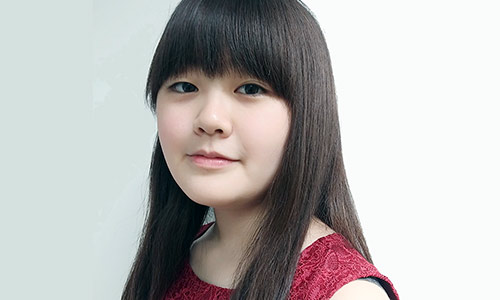 Kotone Ozaki was born in 2003 and started studying the classical guitar at the age of 3 with Mr Noboru Muraji. She began to play the piano when she was five years old.

While studying at a music specialist middle school in Tokyo, she had notable successes with prominent competitions; the first prize at the Classical Guitar Competition, which is one of the biggest guitar competitions in Japan, and the fourth prize in the Under 14 Category of the  Guitar Foundation of America Competitions, one of the most well-known guitar competitions in the world.  Also while at the middle school, Kotone had a chance to play the viola da gamba and sanxian (Chinese lute), and learned voice

She has been a pupil at the Yehudi Menuhin School since September 2018 and currently studies with Richard Wright and Laura Snowden.  She had many opportunities of masterclasses with guitarists/professors including Stephen Goss, Fabio Zanon and Berta Rojas.   Outside music, she took up abacus till the end of primary school, and likes maths.  She will be sitting GCSEs next June.