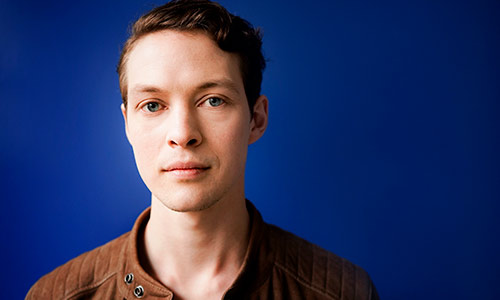 Australian-Russian guitarist Andrey Lebedev is on a mission to redefine the relationship of the guitar to the classical  mainstream. His creative collaborations and track record of performing new works have garnered him attention from critics and audiences across Europe, South America, USA, and Australia. He was mentored by guitar giants Julian Bream and John Williams and was the first young guitarist invited by Bream to perform for the Julian Bream Trust. He is a Prize Winner of the renowned ARD music competition and Guitar Foundation of America Competition, First Prize winner of the Gisborne International Music Competition and Adelaide International Guitar Competition, and still the only guitarist in the 85-year history of the Sydney Eisteddfod to win the esteemed “NSW Doctors Orchestra Instrumental Scholarship”.

Andrey’s 2018/19 season begins with a residency in Eygalieres, France with the Imogen Cooper Music Trust. He gives his Russian debut in a 22-date winter tour of Russia and Siberia in trio with accordion and cello including a concert at the Moscow International Accordion Festival. He makes his Austrian solo debut at the Weiner Konzerthaus Schubert Saal, presented by Jeunesse. In a duo formation with mezzo soprano Lotte Betts-Dean, they are joint recipients of the inaugural Musicians’ Company New Elizabethan award. They have recitals at Wigmore Hall, Barbican Centre’s Sound Unbound Festival, Guildford Festival, and The Red House Aldeburgh. In June he will perform solo and chamber works in “Classical Mixtape Live” – a recital at St George’s Bristol, with leading young musicians including saxophonist Jess Gillam and pianist Martin James Bartlett. He also has recitals with violinist Emily Sun and with saxophonist Jonathan Radford.

He grew up playing classical guitar through the South Australian Youth Guitar Ensemble, jazz guitar in the SA Youth Superband, and rock music in scratch bands at school, but became enamored with classical music after receiving a Glenn Gould CD as a teenager. His history with the guitar a cross-genre instrument continues to inform his work. He is a keen collaborator across traditional stylistic boundaries and has performed with musicians as diverse as electroacoustic artist Tim Moriarty and countertenor Partick Terry.

Andrey studied with Timothy Kain at the Australian National University, and was a full scholarship student at the Royal Academy of Music under Michael Lewin where he graduated with a Regency Award and the David Russell Guitar Prize. He is a City Music Foundation Artist, and is grateful for the generous support he has received from the Hattori Foundation, Imogen Cooper Music Trust, ABRSM, Julian Bream Trust, Countess of Munster Musical Trust, Australian Music Foundation, Tillett Trust, Tait Trust, and Musicians’ Company.