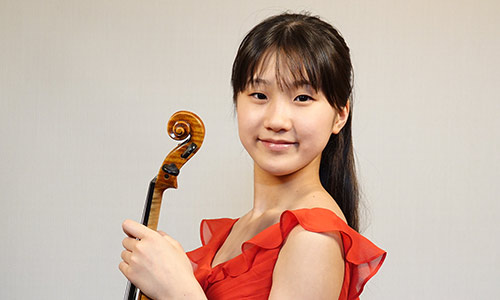 Yume Tomita was born in the UK in 2008 and began to play the violin when she was five years old. She was invited to give her first recital at the age of seven in Italy, and in the following year she was awarded a place at the Yehudi Menuhin School where she studied with Natasha Boyarsky, Diana Galvydyte and is currently studying with Ning Kam.

Yume has given numerous performances in the UK, Austria and Italy, and in July 2019, she made her concerto debut with Anima Musicae Chamber Orchestra in Budapest.