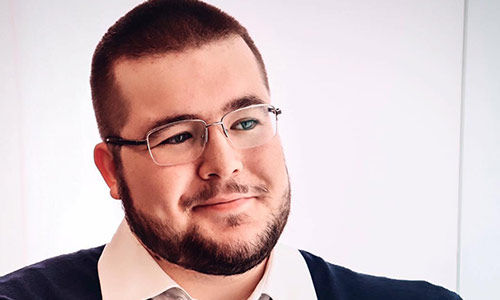 British tenor James Cobb studies at the Royal College of Music London, under the tutelage of Dinah Harris, where he is a Scholar. Before taking a Gap Year working at St Paul’s Cathedral, James studied at the Royal College of Music’s Junior Department between 2015-17. Here he began working with Veronica Veysey-Campbell with whom he studied very successfully with for 5 years, and attributes much of his success to.

James has performed in recitals at The Royal Albert Hall’s Elgar Room, Steinway Hall and at Soirées at Breinton. His competition successes include winning Woking’s Young Singer of the Year for two consecutive years and runner-up in the Association of English Singers and Speakers Catherine Lambert Junior Recital Prize. James is an established choral singer having sung at the Proms in 2017 and 2018 with the National Youth Main Choir and recently singing in concerts with The RCM Chamber Choir, RCM Chorus and St John’s Church Fulham where he is a Choral Scholar.