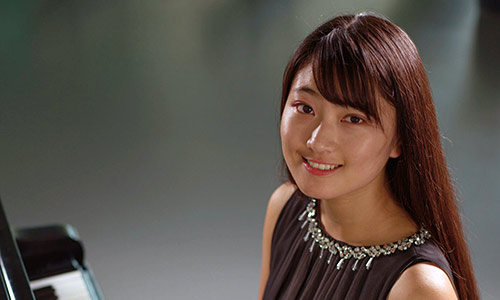 As a keen chamber musician, she frequently collaborates with her chamber groups as a duo, trio, and quintet. She has attended masterclasses by Vadym Kholodenko, Franck Wibaut, and Boris Berman. From 2009 to 2017 she studied with Louis Leerink, and after having studied at Waseda University, she decided to focus on musical studies at the Royal College of Music with Professor Andrew Zolinsky for her Bachelor (Hons) degree. She has also studied forte piano with Geoffrey Govier as a related study.