For me, there is nothing better I can think of doing on a Saturday evening than listening to Alina Ibragimova and Cédric Tiberghien. And especially a wonderful Schubert programme performed by them in our intimate 'recital' room.

The programme we heard this evening was to be repeated two days later at a lunch time concert at Wigmore Hall and broadcast live by BBC Radio 3 (listen on iPlayer). It was rather unusual, but uniquely interesting, consisting of three sonatinas composed in 1816 by the still teenage Schubert. Although some may argue that they are 'small-scaled', compared with, say Beethoven's violin and piano sonatas, they are graceful, poetic and truly beautiful. According to Cedric, it was something refreshing, something perfect for their Wigmore lunch time concert, which would put a smile on everyone's face when they come out of the concert.  And this certainly was the case at Breinton, even though it was an evening recital for us! When Cedric told me this, his expression lit up as if a small child had come up with the most exciting idea – he sounded so innocent!

I admired everything about Alina's performance; her control, her braveness, sensitiveness and dynamics. And that impeccable accuracy: the cleanest intonation I've ever heard; every single note was spot on. This evening I feel we witnessed the reason why she is a leading figure in the music industry and described as "box office gold dust". I am sure everyone who was at Breinton this evening would agree.

I loved Cedric's piano part as much as Alina's violin. He was warm, expressive and poetic, a splendid pianist who catered for her every need. Gifted with a sharp sense, he knew exactly what would bring out the best of Alina's violin playing.

Their partnership was something extraordinary. It was apparent that they have a special bond; where violin and piano played in unison, it was completely in sync and their timing was perfect. Obviously, music comes so naturally to Alina and Cedric, but it was evident that the pieces were carefully studied, discussed and rehearsed. I thoroughly enjoyed their interpretation.

The first Sonatina, in D major, was delightful. The final movement, a rhythmical rondo in 6/8 time instantly cheered us up, leaving us all smiley. The opening movement of the A minor Sonatina had a totally different feeling; it was grim and anguished with the violin's leaping, melodic lines. The accompanying piano was gorgeous. The G minor Sonatina's emotional opening captured our breath completely. All three Sonatina's second movements were dreamy and tranquil Andante, which I truly enjoyed.

They concluded the evening with a short Bach piece as an encore. It was delightful – the first violin note, a prolonged sound that seemed to last forever, was truly heavenly. According to my father-in-law, Eldred, it was sheer magic. How we wished the music would continue all evening.

By the way Shubert emerged in Vienna's musical soiree scene. They came to be known as Schubertiads, and combined music and entertainment with relaxed conversation and banter between hosts, their business associates, their guests and their children. And this is exactly what we are doing at Breinton, some 200 years later! Let's keep it going as long as we can!

Alina and Cedric are playing a cycle of three of Schubert's Sonatinas: 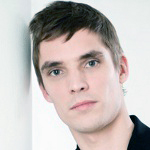 Cédric Tiberghien's flourishing international career sees him performing across five continents in some of the world's most prestigious halls, including, most recently, the Kennedy Centre in Washington, the Royal Albert Hall, Queen Elizabeth Hall, Wigmore Hall and Barbican in London, the Salle Pleyel and the Theatre des Champs Elysees in Paris, Berlin's Bechstein Hall, Salzburg's Mozarteum, the Sydney Opera and Tokyo's Bunka Kaikan and Asahi Halls.

His recent debut with the Boston Symphony Orchestra, performing Ravel"s Concerto in G at Symphony Hall and Carnegie Hall attracted unanimous acclaim from the press. The New York Times stated that '?the highlight was a fresh and dazzling account of Ravel"s Piano Concerto in G, with the brilliant French pianist Cédric Tiberghien, who played with rich, rounded tone in the lyrical stretches and fleet, crisp articulation in the spiraling, jazzy, virtuosic passages". The Boston Globe saluted a '?very impressive BSO debut. He showed a flair for interpretive risk ('¦) Tiberghien alternated between a sizable, almost declamatory sound and an ethereal stage whisper."

Cédric Tiberghien studied at the Paris Conservatoire with Frédéric Aguessy and Gérard Frémy and was awarded the Premier Prix in 1992, aged just 17. He was then a prize winner at several major international piano competitions (Bremen, Dublin, Tel Aviv, Geneva, Milan), culminating with the 1st Prize at the prestigious Long-Thibaud Competition in Paris in 1998, alongside with five special awards, including the Audience Award and the Orchestra Award. This propelled on his international career, leading to over 150 engagements worldwide, including 7 visits to Japan and showcase appearances throughout Europe.

Cédric Tiberghien is also a dedicated chamber musician, with regular partners including violinist Alina Ibragimova, soprano Sophie KarthÃ¤user and cellist Pieter Wispelwey. His passion for chamber music is reflected in numerous recordings '? most lately a Ravel/Lekeu disc (Hyperion), the complete works for violin and piano by Szymanowski (Hyperion), and the complete Beethoven violin sonatas (Wigmore Live), all with Alina Ibragimova.