Katya Apekisheva is one of Europe's foremost pianists, in demand internationally as a soloist and chamber musician, and has been described by Gramophone as 'a profoundly gifted artist' who has 'already achieved artistic greatness'. A prize-winner at the Leeds Piano Competition and Scottish Piano Competition, she has appeared as soloist with many of the world's leading orchestras and has collaborated with such conductors as  Simon Rattle, David Shallon and Alexander Lazarev.

Her solo CD release of Grieg solo piano works this year has received over-whelming critical acclaim. It was also chosen by Classic FM as CD of the week and selected by Gramophone Magazine as Editor's Choice. It received a Rising Star award in International Piano Magazine and was Critic's choice for the year 2008 in Gramophone Magazine. 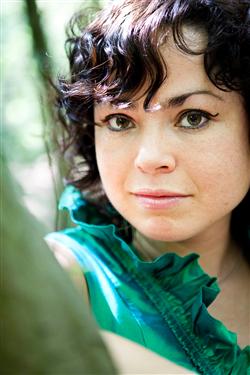 Equally at home as a chamber musician, Katya collaborates with Janine Jansen, Natalie Clein, Maxim Rysanov, Jack Liebeck, Boris Brovtsyn, Alexei Ogrinchouk and Nicholas Daniel among others. In this capacity she is a regular guest at major chamber music festivals around the world.

Born in Moscow into a family of musicians, she studied at the Gnessin music school for exceptionally gifted children under Ada Traub and Anna Kantor (the teacher of Evgeny Kissin). At the age of 12 she performed a Mozart Concerto with Gnessin School Orchestra which was broadcast by Moscow Classical Radio.

In 1992 Katya continued her studies at the Rubin Music Academy in Jerusalem with Irina Berkovich. There Katya won an America-Israel Scholarship and was awarded second prize at the Young Talents Radio Competition. In 1994 Katya moved to London to study at the Royal College of Music with Irina Zaritskaya and in 1995 she was awarded President's Rose Bowl which was presented to her by HRH Prince of Wales.

In 1996, in addition to her successes in the Leeds and Scottish competitions, Katya won London Philharmonic Orchestra Soloist of the year and also the prestigious Terence Judd Award.

Katya has also collaborated on several recordings with the violinist Jack Liebeck, including a Classical Brit-nominated CD.

"...Her power and temperament remind me of Martha Argerich..." - Nezavisimaya Gazeta, Moscow

"...This was a performance of considerable insight and brilliance; an account that was beyond criticism. Katya Apekisheva is a very fine artist indeed whose future career should be closely followed..." - Robert Matthew-Walker, Musical Opinion

"...Most outstanding...superbly controlled technique and commanding musicality throughout... astonishing..." - Yorkshire Post at the Leeds Piano Competition