Christopher Devine was born and raised in the Netherlands from a German mother and a Scottish father. He learned to read music at the age of three, and took his first piano lessons at the age of five. He studied at the Royal Conservatory of the Hague from 1994 till 2006 with Marcel Baudet and attained his Master of Music degree in September 2006.

Presently he is continuing his studies in Vienna with Stefan Vladar.

From the age of fifteen Christopher Devine has been giving concert performances in various cities over the world: i.e. Barcelona, Berlin, Budapest, London, Moscow, New York (Carnegie Hall), Paris, Seoul and Tokyo. He has also played with numerous orchestras, like the Residentie Orchestra of The Hague, The Orchestra of Gelderland and l'Orquestra SimfÃ²nica del VallÃ¨s in Spain. 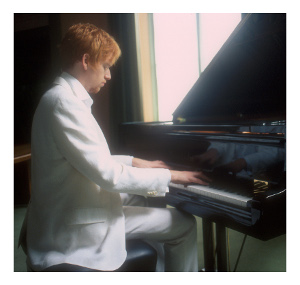 Christopher Devine has also won First Prizes at several national and international competitions, such as the Princess Christina Competition (1999), the Young Dutch Musician of 1998 Award, the IKI Festival Competition in New York (1st ex aequo, 2002), the Scriabin Competition in Paris (2003), and the Ricard Vines Competition in Lleida, Spain (2004).

Apart from being an interpreter Christopher Devine is also known for his work as a composer. In 2001 his work Mirkwood Music was performed in the Â  Beurs van Berlage (Amsterdam) by the Dutch Chamber Orchestra, with Ernst van Tiel conducting. He also regularly performs his works for solo piano.

Christopher Devine is also an active chamber musician. Together with violinist Birthe Blom he recorded a CD for Edel Records with works by Mozart, Schubert, Debussy and Lutoslawski. As a duo, they also won 1st prize at the 1999 European 'EMCY' Duo Competition in Weimar, Germany. He is also a member of The Three Colour Company Piano Trio (with Birthe Blom, violin and Amber Docters van Leeuwen, cello).

Photos by Fred Rohde Â© 2006,Â This email address is being protected from spambots. You need JavaScript enabled to view it.