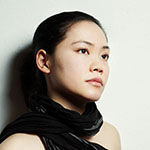 Li-Chun Su has emerged as one of Germany's most versatile young pianists. She is a soloist, a chamber musician and a fortepianist.  She has been acclaimed as a talented interpreter of a wide-ranging repertoire from Bach to Kurtag.

Ms Su made her Berlin soloist debut in the Grand Hall of the Berlin Philharmonic in 2001.   She has played numerous piano concertos in the Grand Hall and Chamber Music Hall of the Berlin Philharmonic Concert Hall and with the Jena Phiharmonic Orchestra in the Jena Philharmonic Hall, Porto national Orchestra in Casa da Musica. She has performed with  the Mendelssohn Chamber Orchestra in the Gewandhaus Mendelssohn Hall in Leipzig and with the Berlin University of Arts Symphony Orchestra in Hardenberg Concert Hall.  She appeared at the Bebersee Festival with Markus Groh in 2007. In march 2009 Li-chun has played the burleske concerto of R. Strauss with Taipei Symphony Orchestra in Taipei, conducted by Reinhard Seifried.

A native of Taiwan, Ms Su received her musical training in Taipei and Berlin. She graduated from the Berlin University of Arts with the Konzertexamen, the highest degree in graduate courses.  She has studied with maestra Mitzi Meyerson, maestro Laszlo Simon, and maestro Martin Hughes. Since 2008 she has studied with maestro Gabor Paska and Fortepiano with Mitzi Meyerson.

Ms Su took first prizes in the  Felix Mendelssohn-Bartholdy Competition in 2007 and in the Artur Schnabel Competition in 2007. In 2008 she awarded the first prize in Porto International Piano Competition, portugal.  She has been invited to give recitals and chamber musical concerts across Germany, England, Austria, Belgian and Italy.

Ms Su is also a highly accomplished fortepianist. She has given several recitals in the Musikinstrumenten Museum Berlin and at the Michael Haydn Musikfestival.   She was honored to play Carl Czerny¡¦s work on Czerny¡¦s own 1834 Boesenderfer which was shipped from Vienna to the International Czerny Congress, 2007 for her to play for the occasion. She has also been privileged to play the Brodmann¡¦s 1810  forepiano once owned by Carl Maria von Weber, and on an 1838 Conrad Graf.