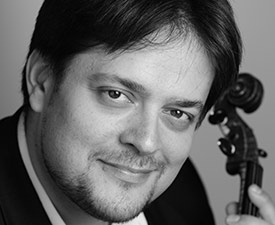 Described by The Strad as a "virtuoso with a truly Romantic temperament",  a violinist and violist Yuri Zhislin enjoys an active and illustrious career as soloist and chamber musician. His performances have taken him to nearly 60 countries around the globe.

A major prize-winner in the 1991 Sarasate International Violin Competition in Spain, Yuri entered the Royal College of Music in London, where he studied with his father and later Dr Andrievsky. In 1993, Yuri became the BBC Radio 2 Young Musician of the Year.